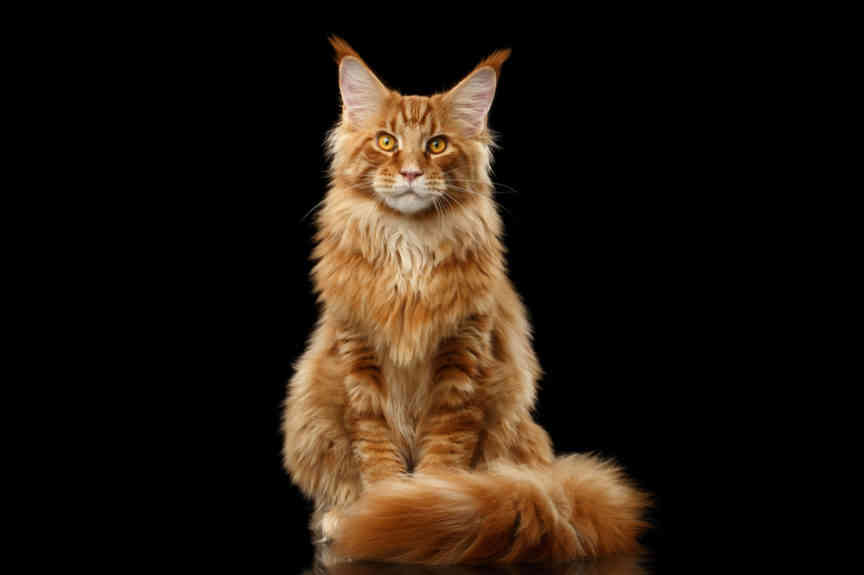 You can’t dislike these cats. Maine coon cat has a “doggy character”. He does not attach to place, but to man. He is devoted, very loyal and proud. He also values ​​independence.

Maine coon cat has a “doggy character”. He is balanced, friendly and sociable – he easily makes contact with people. Despite its large dimensions, it is characterized by gentleness and delicacy. He is not attached to a place but to a man, which is why he easily adapts to new conditions and feels good wherever his guardian is.

Accompanies his man in all daily activities and would be most willing to perform all duties with him. He is cheerful, tolerant, patient and forgiving – he will work as a friend for slightly older children and for seniors. He is also fond of petting and loves playing together. Although they are not pushy, they should be given time to make him happy. Suffering from loneliness, he loses his innate optimism. Maine coon is intelligent, you can teach him many tricks. He likes to be in the spotlight, and guest visits are a great opportunity for him to show off and receive an additional portion of caresses.

He feels good in the group of cats and, although peaceful, he will try to reach the top of the cat hierarchy. He also accepts the dog, although due to his strong character he will certainly subordinate him.

It requires a consistent upbringing from a kitten. It has innate adaptability, thanks to which it will adapt to permanent residence in the apartment, but will gladly use the balcony secured with a mesh; it’s easy to teach him how to walk on a leash. Certainly, he would have felt better to be able to go outside. He is strong and agile. He loves adventure. The space allows him to pursue his exploratory and hunting quests. If he is to be a non-outgoing cat, he should be given sufficient movement, play and observation space at home.

He likes climbing, although he is not a particularly lively and “tall” cat. Do not be afraid of high-placed objects, as you usually don’t climb into such places. He will gladly use a special pole with platforms – due to the size and weight of the cat, it should be solid and stable. The post, wrapped in sisal or covered with upholstery, will also allow the cat to meet the need for sharpening claws, thanks to which it may save our furniture.

Unlike most Maine Coon breeds, they are not afraid of water. Perhaps this is due to his thick coat, which perfectly protects the cat from moisture. Although bathing is not necessary, you can teach your cat how to come into contact with water from a young age. It will be a pastime for him in the future.

He is a relatively quiet cat, but the range of sounds he makes is wide. If necessary, he does not hesitate to use them to contact people. Characteristic for the breed are sounds that resemble twittering birds.

Maine coon – what is it like? Learn its pros and cons!

Although maine coon cat has a predisposition to some diseases, it does not mean that the cat will get something. It is generally a healthy breed. However, there are cases of birth defects: HCM (hypertrophic cardiomyopathy), polycystic kidney disease, problems with joints and teeth – periodontal and gum disease.

Because of their size, maine coon eats more than cats of standard sizes. Also, if it gets dry food, it should have crisps larger than the standard ones. It is also good that the food contains joint supplements. That is why maine coon should get high-quality food with a high meat content, preferably without grain, adapted to the needs of its breed. We can also feed maine coon only with wet food or successfully switch to a raw BARF diet.

The toilet is limited to combing the coat once every few days. Only during the molting period do you have to do it more often and carefully to prevent the formation of tangles. In addition, it requires standard treatments – checking the ears and trimming claws.

Be careful with combing the tail! Too strong actions with a comb can significantly deplete the cat’s kitty. To make the fur gain fluffiness, it is worth bathing the cat from time to time and powdering its coat with a good powder for cats.

The history of the breed is not exactly known, but there are many legends around it. It is certain that it was created without human intervention and is one of the native races of North America. Her name refers to the American state of Maine, where the first interest in breeding these cats. Instead, “Coon” comes from “raccoon,” the word for raccoon. The first cats had similar colors and fluffy tails.

It has long been thought that the maine coon cat is the result of a cross between a domestic cat and a raccoon. The young were to inherit from the shed impressive tails, climbing skills and joy of bathing. However, this theory was refuted by geneticists. It was soon replaced by a story about kinship. These animals, however, are also too distant for such a cross to arise.

Another version of the story is associated with Vikings. Her hero is Leifie Ericsson, who was to discover America hundreds of years before Columbus. The expedition was accompanied by supposedly Norwegian forest cats, whose task was to deal with on-board rats. One of them got lost after going ashore. In time, he was to give birth to the maine coon breed.

The most romantic is the story of Marie Antoinette. The queen, planning to escape from the guillotine to America (to the state of Maine) during the French Revolution, loaded valuables and six of her cats on the ship: Persians and Angora. However, she did not have time to board. She was captured and executed. The royal cats along with Captain Clough reached new land and, joining the local population, initiated the breed of maine coon cats.

The most probable, however, it is the hypotheses that the ancestors of the breed were long-haired cats from Europe or Asia, which in America in the eighteenth century arrived on commercial ships or Angora cats imported several hundred years earlier by New England sailors. One of the members of such an expedition was Captain Coon. When the ship hit the shore, cats and people came ashore. Over time, their wild, long-haired descendants called “Coon cats” gained fame as excellent rodent hunters. They became valued farm dwellers and passengers of merchant ships.

It is impossible to determine with certainty which of the above stories is true. However, it is known that many ships called at the ports of the east coast of America, and most of them were cats. Over time, the progeny of these animals developed the characteristics necessary to survive in the harsh conditions of the state of Maine: independence, robust build, and dense fur protecting against cold and moisture. This thesis is confirmed by genetic studies that show that maine coon is actually related to the Norwegian forest cat and short-haired domestic cats.

Farmers who value their cats have started boasting about them at agricultural festivals and state competitions. However, they were not strictly sensuous exhibitions. The maine coon was officially shown for the first time at an exhibition in New York in 1895. The race was recognized in the US in 1976, and in Europe in 1983, although the first maine coon with the proud name of Captain Jenkins was documented as early as 1861.

Despite initial breeding successes and good luck at shows, the popularity of cats decreased in favor of more exotic breeds. Few maine coon survived until the 1950s. However, the population was saved thanks to its lovers who founded a cat fan club. Among them was Ethelyn Whittlemore. Currently, it is one of the most popular breeds in the world, and interest in it is still growing.

Maine coon is the largest representative of domestic cats. He was proclaimed the Canadian national race. There you can also find the most farms.

This cat is perfectly adapted to low temperatures and snowy weather. The long and fluffy tail is designed to envelop the cat’s body and thus not allow him to overcool while sleeping. The animal can also sit on it, which protects the back of the body. Wide feet covered with long hair create a kind of snowshoes, which greatly facilitate moving on deep snow. Hair growing on the inside of the ears prevents frostbite.

Males tend to be more spontaneous than females, but both sexes equally attach to their guardian. It is said that New England’s martians were characterized by the fairly frequent occurrence of polydactylyl – a congenital ailment that the cat has more fingers. 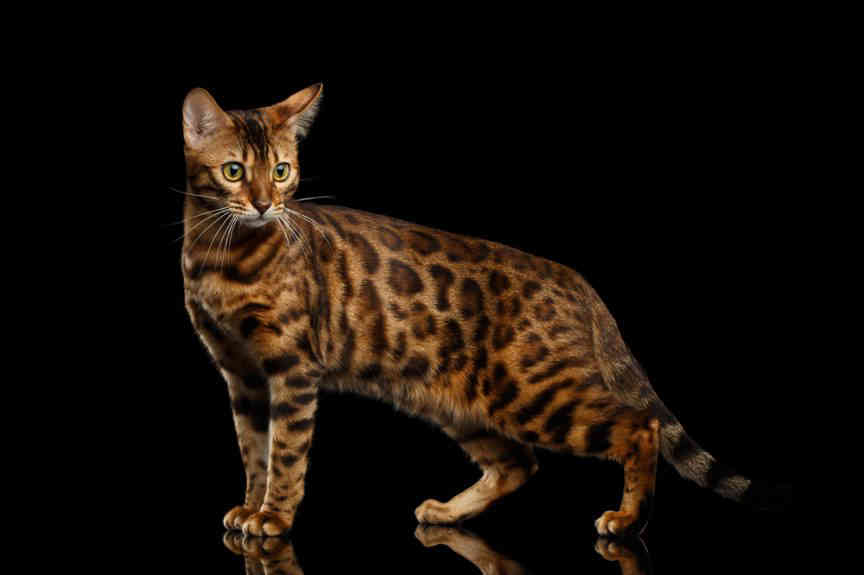 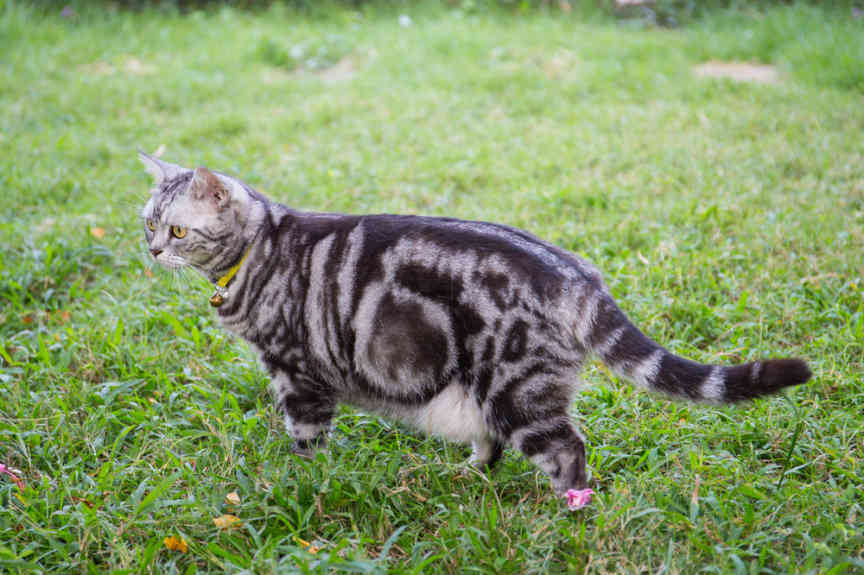 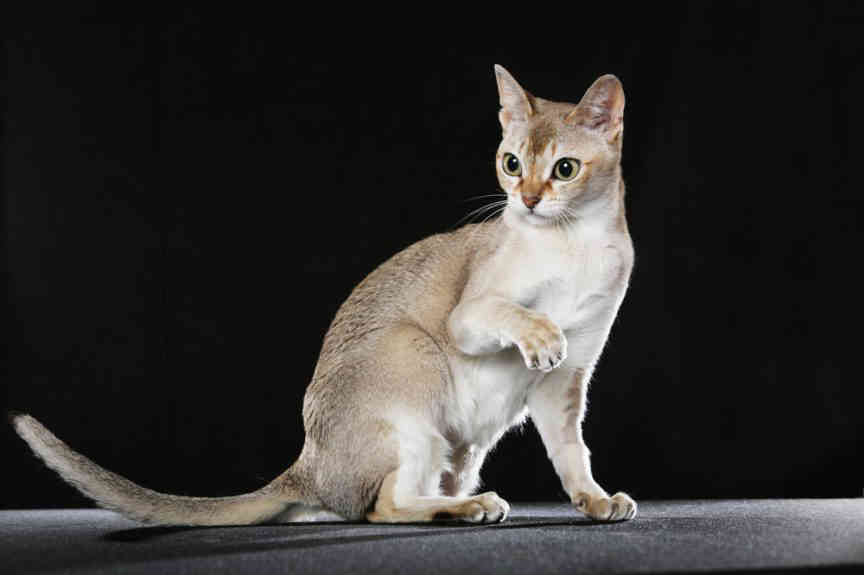